The other day I took Phelan on a little trip around the area just to see a few local sites. Of course, we had to stop off and see the covered bridge. Everybody loves covered bridges!!  This is the Bennet's Mill Covered Bridge. 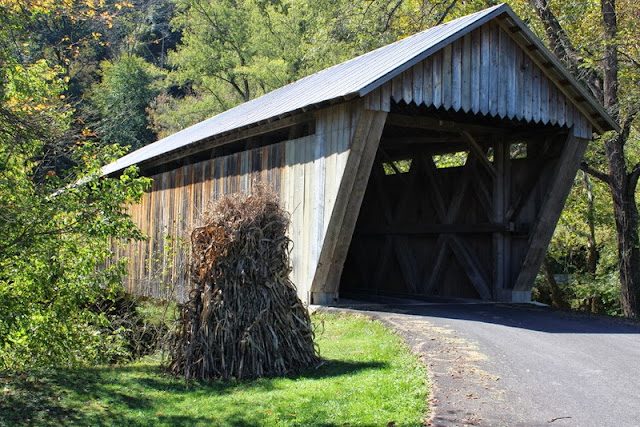 It is recognized by Kentucky as a place of interest. 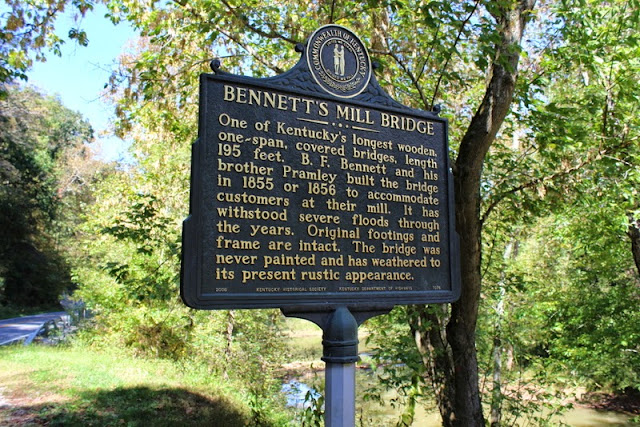 I've drove across this bridge more time than I can count.  It's still in use.  They redid the bridge a few years ago because floods had moved the foundation just a bit and some of the boards were coming off.

Once a year they shut down the bridge to traffic.  Locals take an evening and they have a nice dinner set up in the bridge.  They light it by hanging lights from those ropes.  I've never been to it, but I've heard it's nice. One of these days I'm gonna have to make it a priority and go to the dinner. 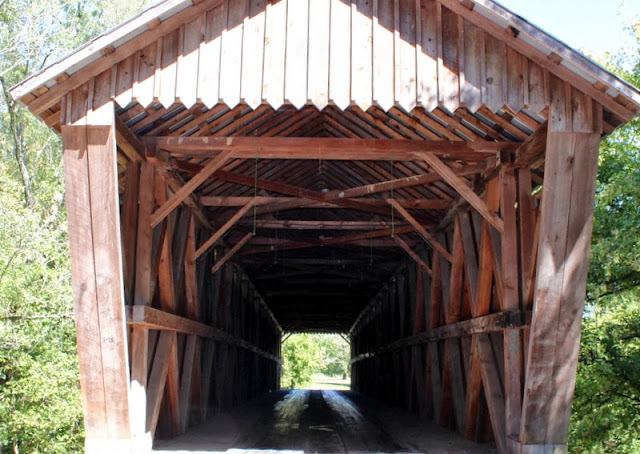 I've fished under the bridge also.  My dad has fished under it a lot more than I have.  I've heard of people catching some really big fish here.  I was not one of those people. hehehe.  Although, I HAVE seen big fish here.  Does that count?   I've also canoed under it with family.  It doesn't look like it in this picture, but it's a good distance down there.  That water is pretty deep here also. 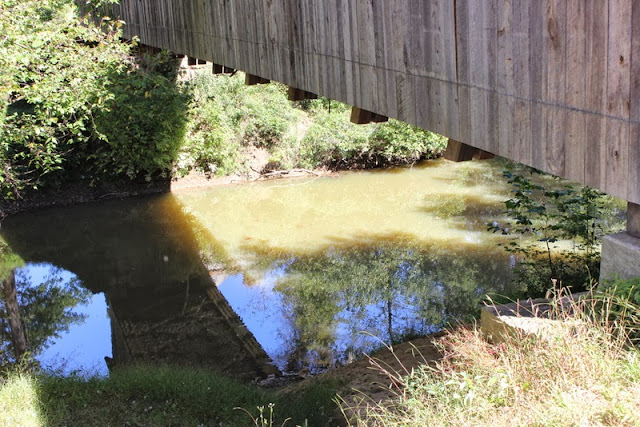 During the floods of 1997, the water was half way up the side of the bridge.  It even took some of the boards off the sides.  But this old bridge still held it's ground.  They just don't make things like they use to. 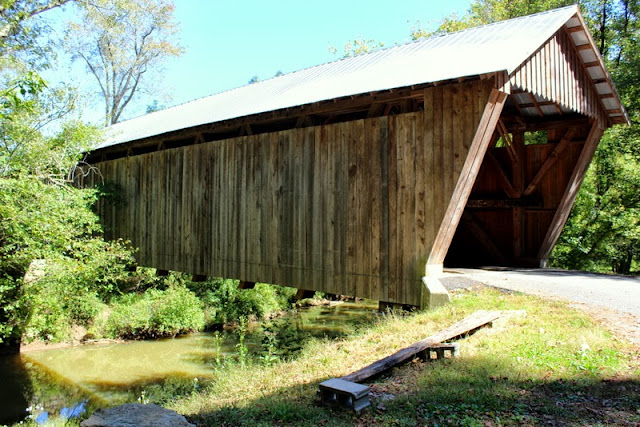 It's a gorgeous bridge. Having dinner inside the bridge sounds amazing.

On one of our wanderlust drives we toured the covered bridges of central IN. They were not as sturdy lookin or as nicely built as this. Time to wander farther south!