Another Big Day For The Puppies (picture heavy)

The puppies had a big day this weekend.  The weather was nice, so we let them come out and
go with us to do chores around the farm.
The got to meet the cattle for the first time.  They weren't afraid because their protector, Jack, was there with them. 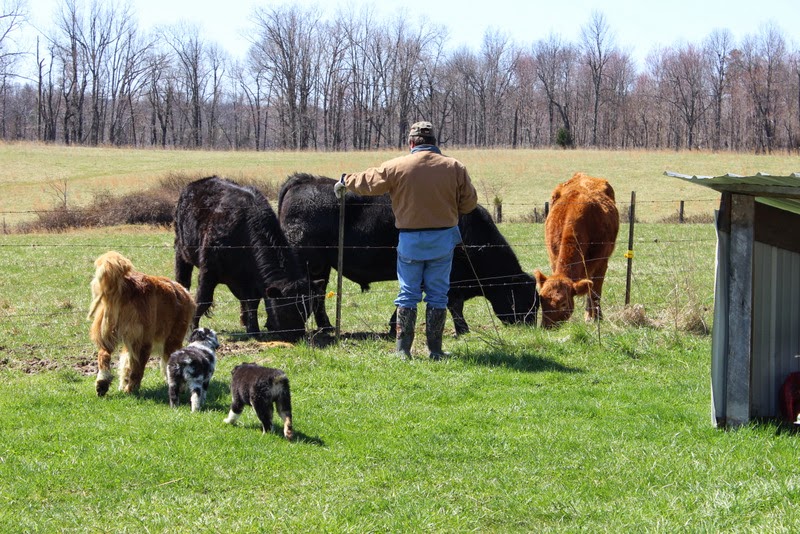 The puppies just love him.  And, he loves them back.  He will let them jump all over him.  I've actually seen Holley (the black one) stand on Jack's side while he was asleep.  He didn't care one bit. 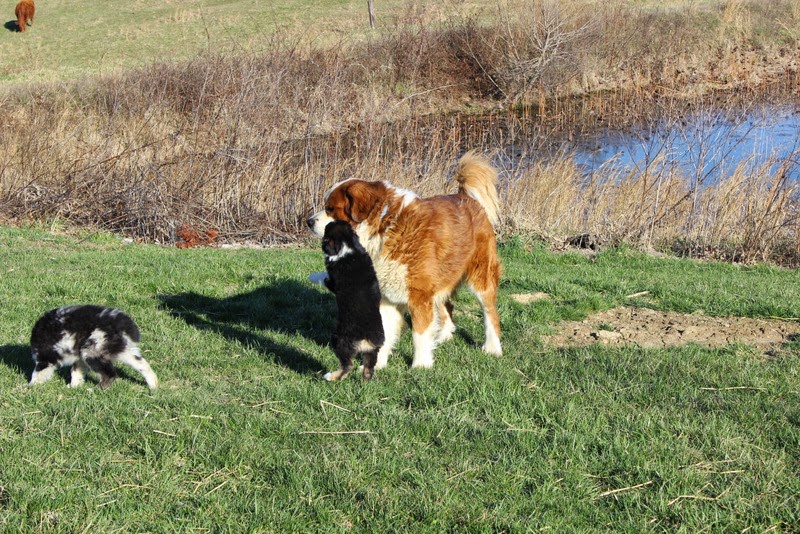 He really loves Chassis.  She's not as rough with him as Holley is.  She's a love bug.  So, Jack loves her back. 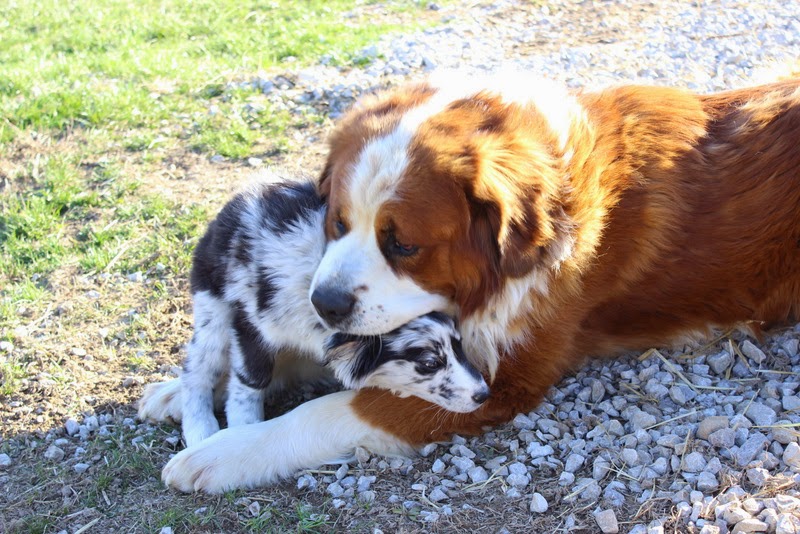 The puppies also helped with putting up their outdoor kennel.  This will be used when I can't be outside with them but yet they just HAVE to be outside.  Which right now is ALL. THE. TIME.

Oh, and Jack helped too. 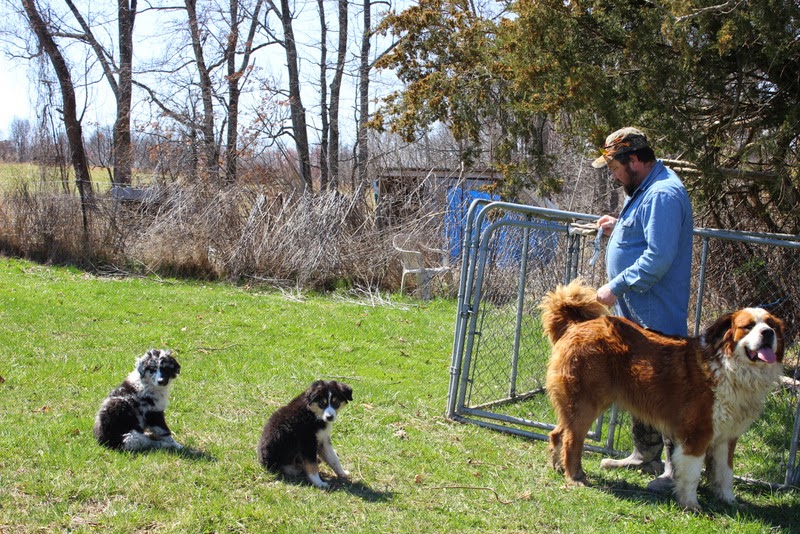 But then after the kennels was done, they just had to play again. 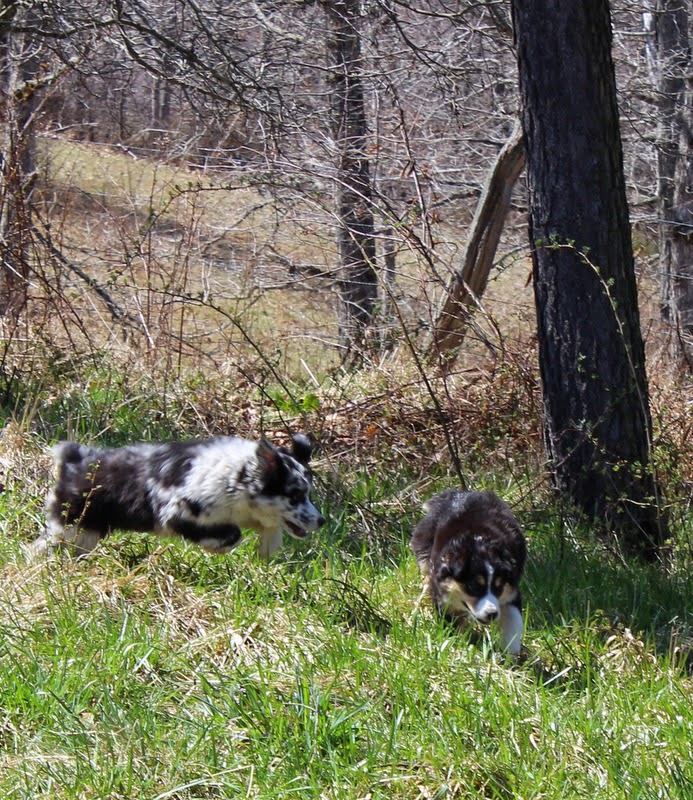 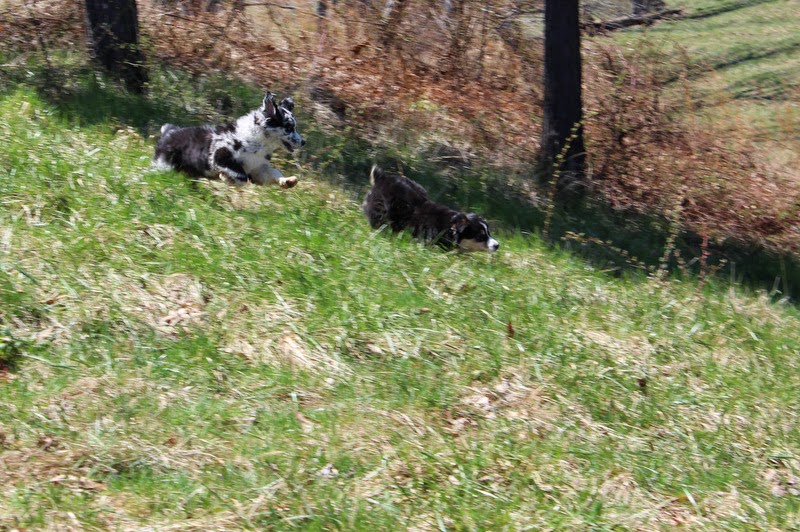 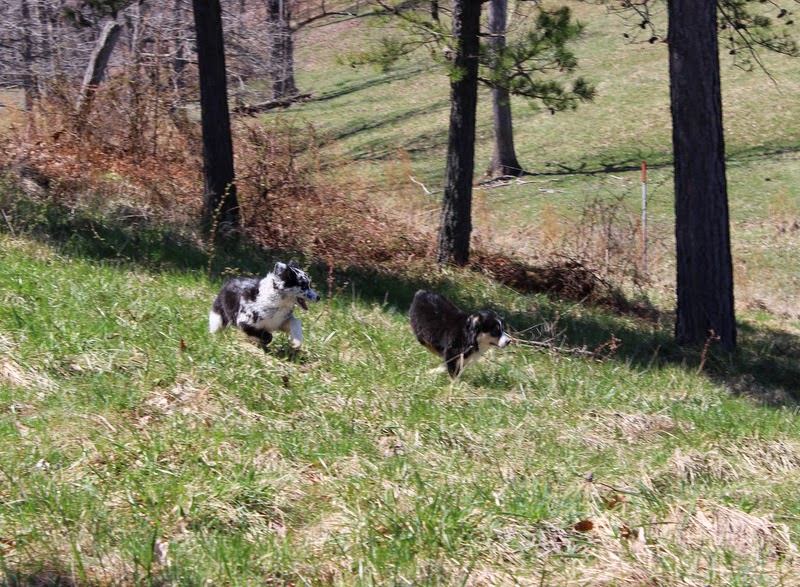 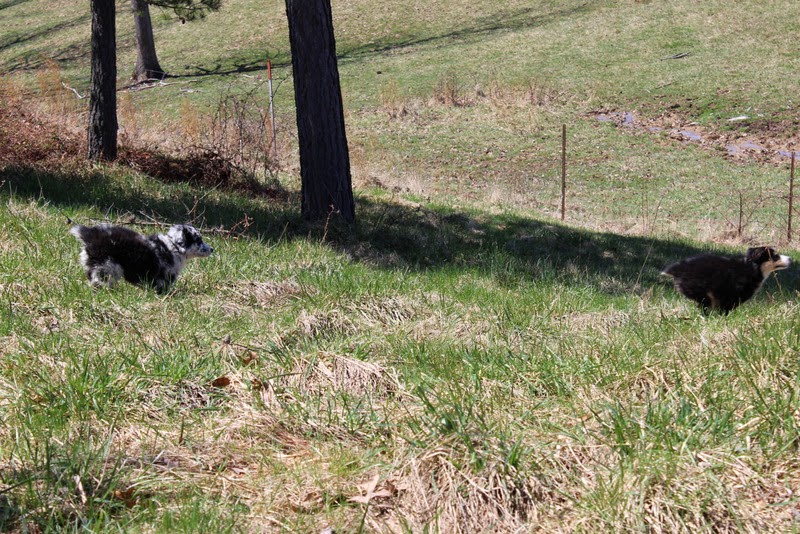 Jack just laid under the tree and watched them.  Those little ones have a lot of energy. 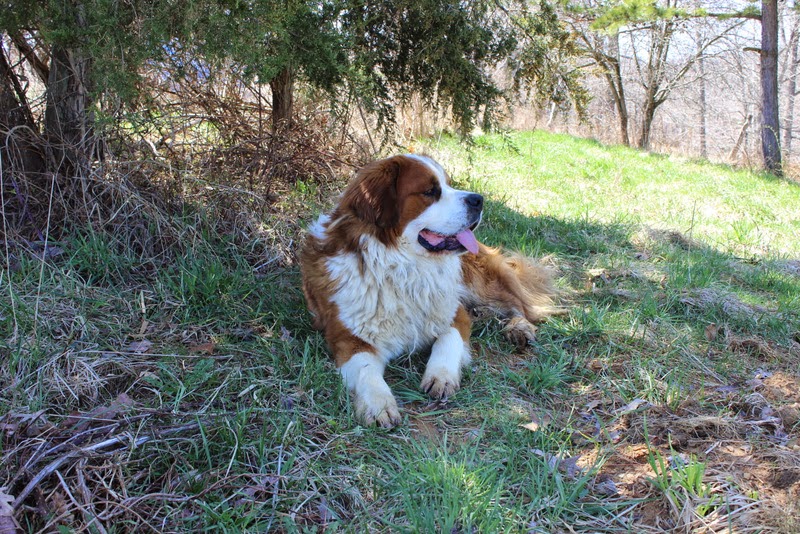 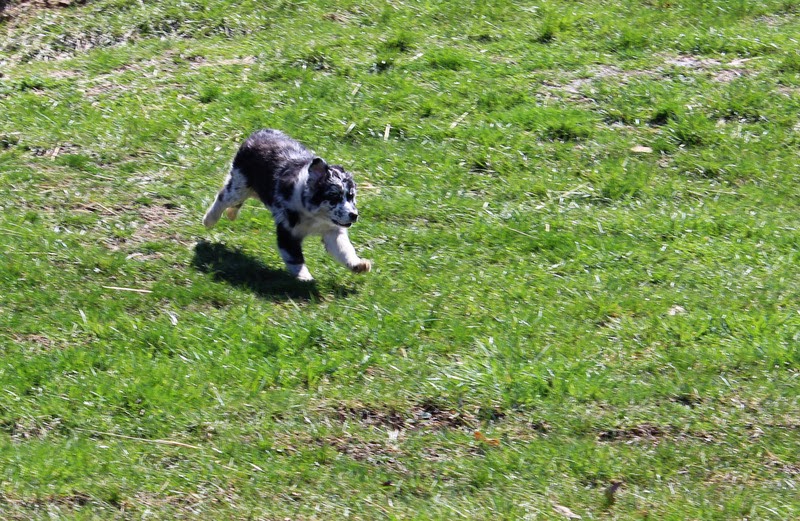 Then Holley started to get sleepy. 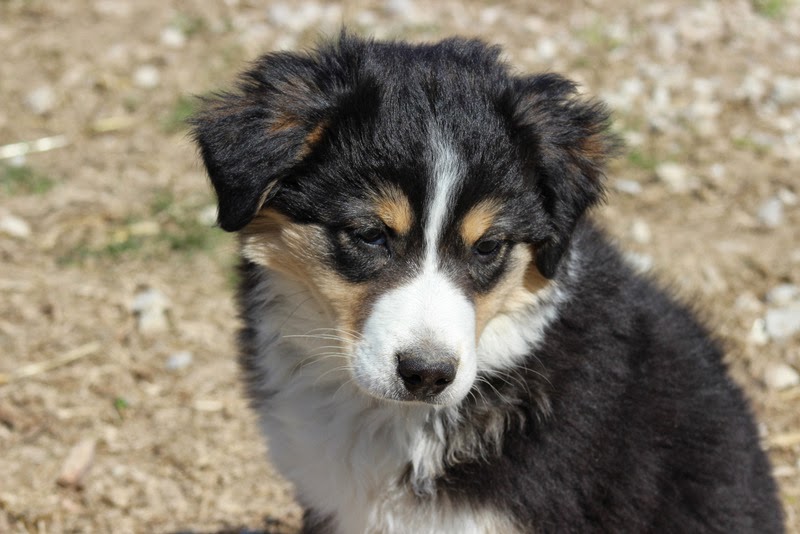 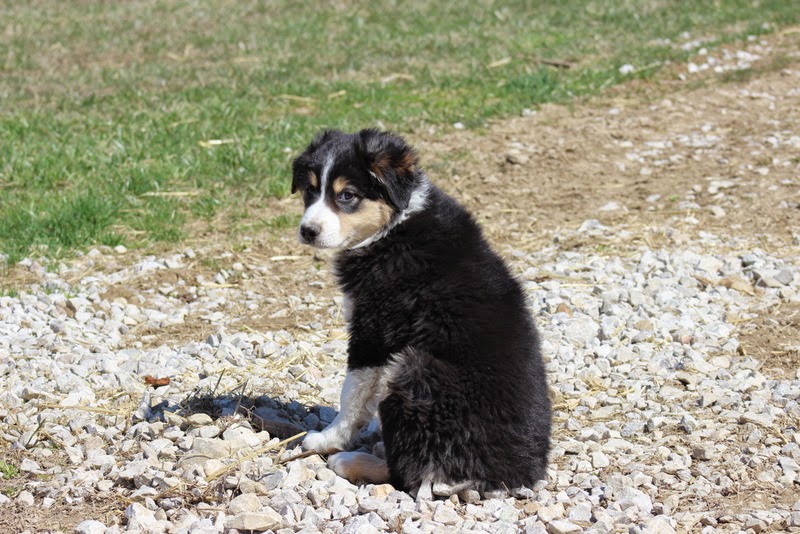 But then, she decided she was tired also. 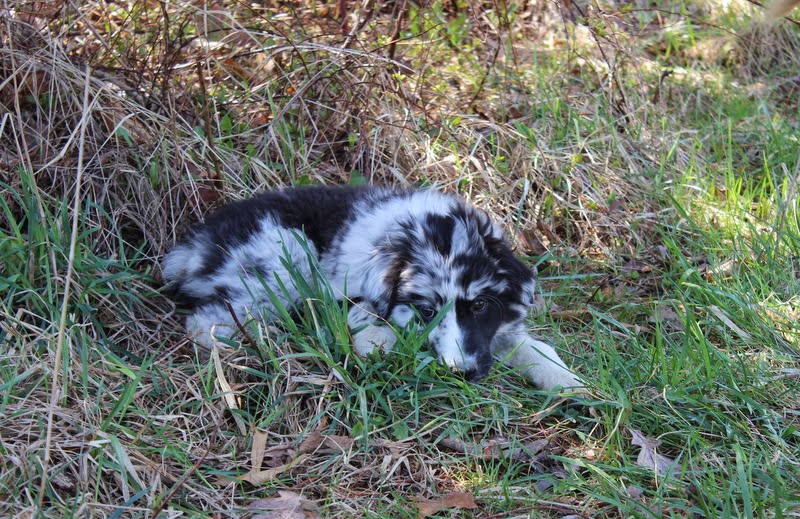 They slept for the rest of the day.  Those little buggers were worn out!  It was a big day for them!

Their all adorable! Good thing the older one loves the puppies. They'll keep him busy :-)

You went Aussie! Smartest dog there is, they are very Velcro. They look cute as can be!

Love the puppies! I really wanted a blue heeler but I am afraid it would be out herding all the cows in the neighborhood.

Love those puppies, and what a good idea it is to have two little ones at the same time so they can wear each other out!

Longtime wife, they do like to stay close, but sometimes they stray.

Vikit43, we do have a lot of cows in our neighborhood. But we did get them for that purpose. Lol

Vera, that's the whole reason we got ttwo. Lol

Puppies.....
Jessie brought her dog up with her this weekend and guess what, she had puppies in our camper. She just found out she was pregnant last week. Unbelievable. She had to spend and extra day here before she transported them back. Yes, they all went back.

Will you be using these young dogs to work stock?

Awwww, come on MDR, you need some puppies. lol

Fiona, yes we will be using these pups for working our live stock. In fact, we are planning on getting these dogs working and then breeding working dogs ourselves. Hopefully we can get a good bunch of work dogs come out from High Land Farm. (That's the name of our farm btw. lol)